We’ve had a lot of correspondence this week and the Post Bag has been brimming as a result.

Many people have been in touch from various TV drama departments regarding our concept regional, exciting, crime / interesting series set in a local DIY store featuring two ex police and / or SAS officers as Store Detectives in a series called The Store Detectives.

Join John and Andy as they discuss all letters received as well as the first Sad Letter of recent times.

We wrap up the show with a count-up, which is a novel and interesting way to end the show, we thing you will find. Thank you.

Merry Christmas one and / or all!

John and Andy are celebrating all things Christmas this week down in the DL Bunker, 100 leagues beneath (not below) the Hove Plinth.

Andy’s got John a very special gift and has presented it in the warmest Christmas style possible.

There’s also several mentions of Cheam and a number of Crisis all of which Andy has been trying to resolve.

We’ve also another concept episode of The Store Detectives which occurs at Christmas and includes peril and a Grotto (Plus several 80’s guest stars).

You can find all of our special information and / or content at www.dredgeland.com and www.twitter.com/dredgeland

Wishing you and / or your friends / family a very Happy Christmas 2020.

Welcome to this week’s DredgeLand Podcast Spectacular where John kicks off the show with a special welcome.

We then continue the show with a series of letters and / or cash this week which has enabled Andy to buy up a copy of the Hove Census to learn more about our potential local fans.

In other news and / or information, we’re further developing our brand new regional detective action, adventure series The Store Detectives. Tune in for peril and suspense!

We’ve also got a detailed shopping list plus a traffic and travel update and additional information on a local lawn bowls player PLUS an advert from our new cash sponsor, Potato Spuds.

This week we celebrate the 95th episode of the DredgeLand Podcast Spectacular in fantastic style and / or substance.

Join us as we read this weeks first letter, scribed by a man named Tone. John does his best to translate for all.

Also on this weeks agenda John and Andy discuss Andy’s brand new concept superstore. He’s been filling the 95 Leagues above the living quarters with many sundry items and a vast number of coffee shops. His previous effort failed, but he’d rather we not mention that.

John and Andy discuss the best way to fill each level and / or league as well as practicing Andy’s interview technique.

In other news, one of our podcasts received 0 listens in the past week. Were you to blame? Find out by listening to the all new 95th edition of #DredgeLandLIVE!

Ahoy DredgeLanders! (This is collective term for people that listen to DredgeLand).

Join us for a rambling nonsensical conversation which meanders around many subjects including:

So there you go, value for money or what? (It’s a free podcast).

It’s Week 17 (probably) and 100 leagues beneath the Hove Plinth, we meet your mad twosome for another 30 minute round up of all things DredgeLand.

This week we hear about John’s great idea: A concert for Beryl and / or Hope. Which in essence is a musical and light entertainment spectacular with a range of human and / or animal acts with over 40 musicians appearing. Andy has questions and will demand answers to John’s five point plan.

The Mayor of Hove has written in, in full endorsement of the show which is excellent. Listen in for more information.

Also, look out for a number of time checks this week and there’s the first instalment of a brand new feature…John’s Recipe!

We must stress, only one animal was slightly toasted in this weeks show.

After a week off on the road – Camden Fringe was really great by the way.. We’re back!

END_OF_DOCUMENT_TOKEN_TO_BE_REPLACED 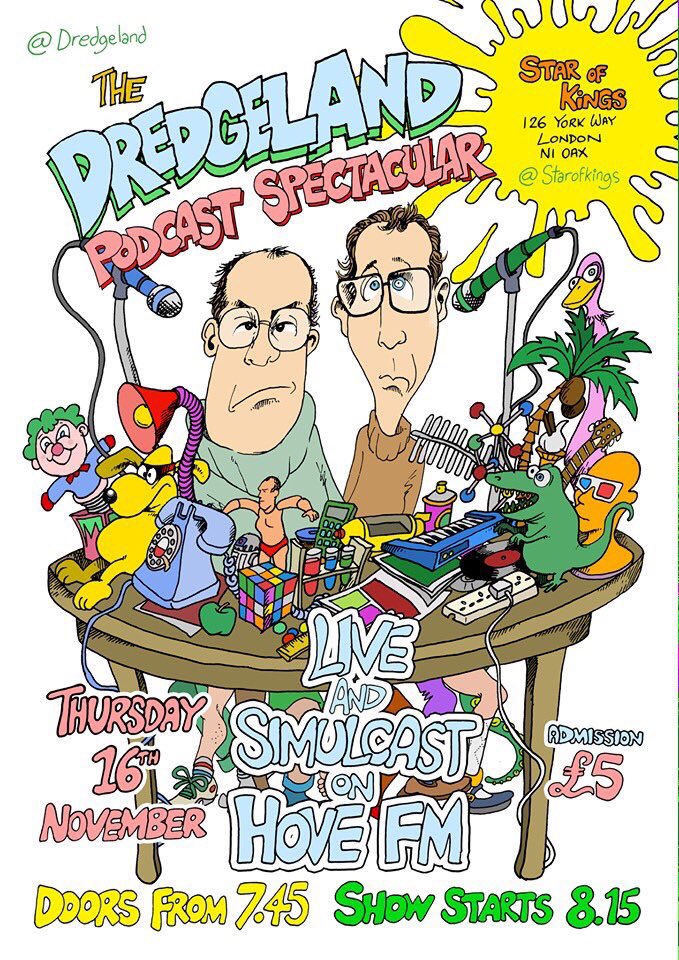 It’s an all-new all-weird edition of Dredgeland Live coming to you directly not from Hove and recorded in front of a partly drugged audience.

END_OF_DOCUMENT_TOKEN_TO_BE_REPLACED 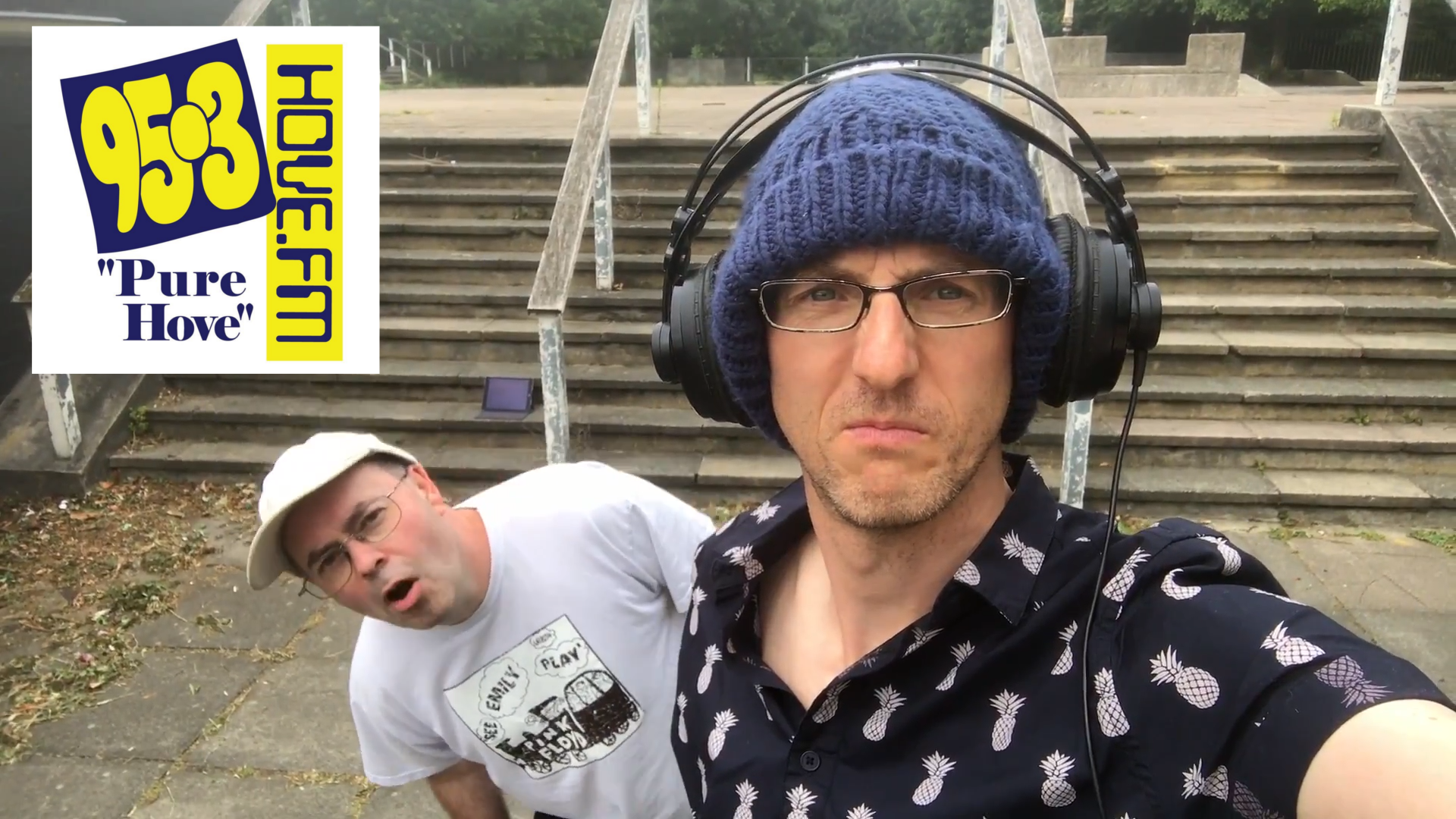 Our friends over @HoveFMRadio have launched their official world first music video / jingle.

HoveFM is Pure Hove and the third most listened to radio station in Hove. Operating 4.2 days per week, it’s Pure Hove for the Hove for those in and or around Hove.

END_OF_DOCUMENT_TOKEN_TO_BE_REPLACED

There are no upcoming events at this time.